Home  > NEWS  >  Avoid these 7 mistakes in the Installation of Solar Street Lights, it will perform best

Avoid these 7 mistakes in the Installation of Solar Street Lights, it will perform best 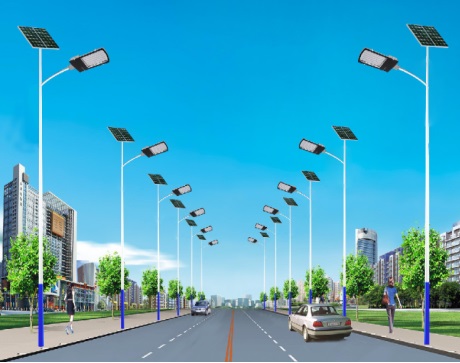 There are more and more solar street lights installed, and many places can be seen everywhere. This is due to the advantages of solar street lights themselves, which are green, environmentally friendly, landscape beautified, and easy to install and maintain. However, when installing led solar street lights, we still need to pay attention to some details to avoid some misunderstandings.

1. Avoid installing too many shelters in the place where led solar street lights are installed, resulting in a decrease in the charging efficiency of solar panels.

Blocks such as leaves and buildings block light, which affects the absorption and use of light energy. The solar panel is installed under wires, branches, light poles or other obstructions, resulting in a shadow on the solar panel during the day. Because the solar panels usually have multiple strings, if there is a shadow on a string of solar panels and the shadow is deeper, in serious cases, this string is equivalent to an open circuit, and if there are too many solar panels In parallel, this solar panel will not generate electricity.

3. The solar panels are charged indoors during installation. Some customers will install solar lights in the parking shed to facilitate parking at night, but they also install the solar panels in the shed, so the charging effect will be greatly reduced. We can use outdoor charging, indoor discharge, solar panel and lamp separation to install.

4. There is a problem with the angle adjustment of the solar panel during installation, resulting in a low solar panel charging efficiency.

5.Do not install lights on both sides, the solar panel is inclined face to face. For the sake of beauty, the installer may install the solar panels diagonally and symmetrically, but if one side is oriented correctly, then the other side is definitely wrong. On the wrong side, since there is no way to directly hit the solar panel, the charging efficiency will be reduced.

6. Do not extend the solar panel cable at random; in some locations, the solar panel and the lamp are separated by a long distance because of too much interference from installing the solar panel, and some customers are separated by a distance of 10 meters or more, and then casually I bought two wires on the market and connected them. Since the quality of the general wire materials on the market is not very good, and the distance of the wire is very long, the wire loss is very large, so the charging efficiency will be greatly reduced, which will affect the lighting time.

7. It is a problem that the on-site personnel will not use the engineering remote control correctly. The wrong parameter setting results in no light. According to many on-site understandings, some construction personnel reported that they did not know the function and purpose of this remote control. In fact, the parameters may have been set incorrectly at this time, resulting in abnormal lighting. And Jinhui Solar designs a fully intelligent controller and mobile app. Simple and convenient, one-button switching, no need to worry about wrong parameter settings, switch to which mode you need.