A solar lamp also known as solar light or solar lantern, is a lighting system composed of an LED lamp, solar panels, battery, charge controller and there may also be an inverter. The lamp operates on electricity from batteries, charged through the use of solar photovoltaic panel.

Solar-powered household lighting can replace other light sources like candles or kerosene lamps. Solar lamps have a lower operating cost than kerosene lamps because renewable energy from the sun is free, unlike fuel. In addition, solar lamps produce no indoor air pollution unlike kerosene lamps. However, solar lamps generally have a higher initial cost, and are weather dependent.

Solar lamps for use in rural situations often have the capability of providing a supply of electricity for other devices, such as for charging cell phones. American investors have been working towards developing a $10 / unit solar lantern for replacement of kerosene lamps. 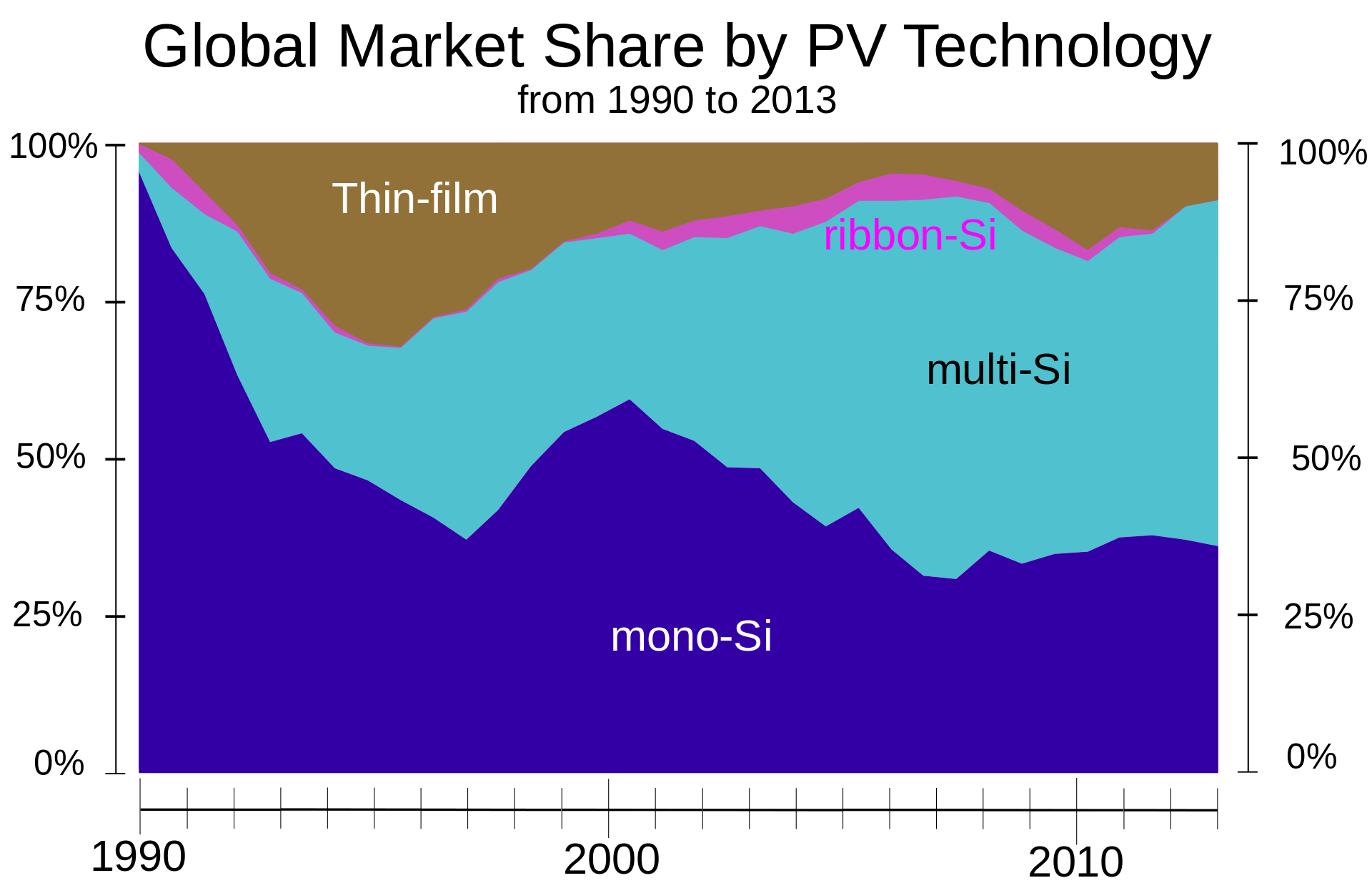 As of 2016, LED lamps use only about 10% of the energy an incandescent lamp requires. Efficiency in production of LED lamps has led to increased adoption as an alternative to other electric lighting.

The whole structure of solar lamp is shown in Figure 2.

When the stream of light particles called photons enter, they give up their energy to the atoms in the silicon. It promotes one electron from a covalent bond to a next energy level from upper layer to the lower layer.This promotion of an electron allows freer movement within the crystal which produces a current. More light shines through, more electrons move around hence more current flows between. This process is called photovoltaic and photoelectric effect.Photovoltaic systems directly convert sunlight into electricity.

Solar panels are made out of layers of different materials, as you can see in Figure 2, in order of glass, encapsulate, crystalline cells, encapsulate, back sheet, junction box and lastly frame. The encapsulate keeps out moisture and contaminants which could cause problems. 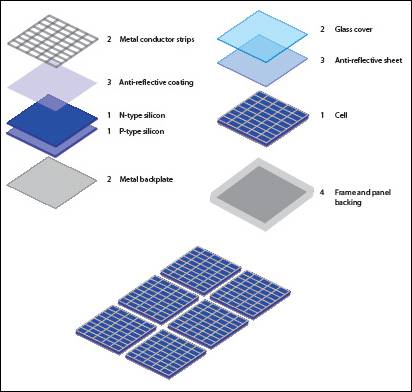 A battery is usually housed within a metal or plastic case. Inside the case are electrodes including cathodes and anodes where chemical reactions occur. A separator also exists between cathode and anode which stops the electrodes reacting together at the same time as allowing electrical charge to flow freely between the two. Lastly, the collector conducts a charge from the battery to outside.

Batteries inside solar lamps usually use gel electrolyte technology with high performance in deep discharging, in order to enable use in extreme ranges of temperature.It may also use lead-acid, nickel metal hydride, nickel cadmium, or lithium.

This part of the lamp saves up energy from the solar panel and provides power when needed at night when there is no light energy available.

In general, the efficiency of photovoltaic energy conversion is limited for physical reasons. Around 24% of solar radiation of a long wavelength is not absorbed. 33% is heat lost to surroundings, and further losses are of approximately 15-20%. Only 23% is absorbed which means a battery is a crucial part of solar lamp.

This section controls the entire working systems to protect battery charge. It ensures, under any circumstances including extreme weather conditions with large temperature difference, the battery does not overcharge or over discharge and damage the battery even further. 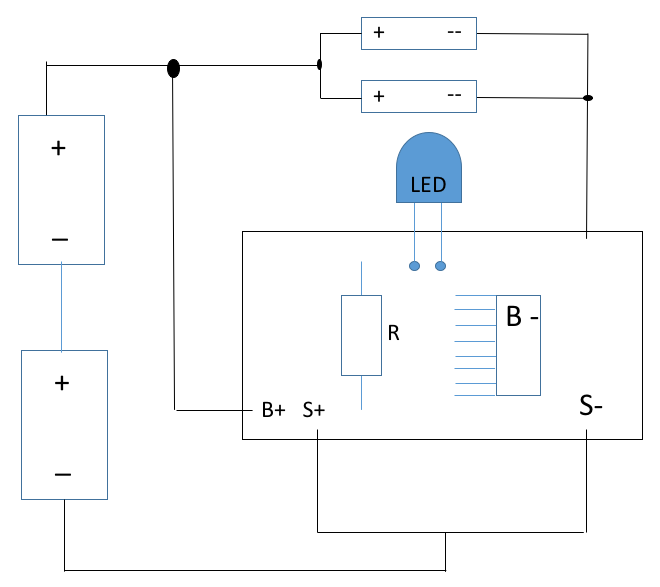 LED lights are used due to their high luminous efficiency and long life. Under the control of a DC charge controller, non-contact control automatically turns on the light at dark and switches off at daytime. It sometimes also combines with time controllers to set curtain time for it to automatically switch light on and off.

As shown in Figure 3, the chip includes microchip(R), B-, B+, S- and S+. S+ and S- are both connected to solar panels with wire, one of which has plus charge and the other minus charge. B- and B+ are attached to two batteries in this case. The light will be shown through the LED light when all of these are connected.

areas where there is no >electrical grid or remote areas that lack a reliable electricity supply. There are many stories of people with lung disease, eye deterioration, burns and sometimes even death simply because they do not have a healthy alternative to light at night. Women have felt unsafe walking to the toilet outside after dark. Babies are being delivered by midwives using only a candle, and students cannot study when the sun goes down for lack of light leading to increased illiteracy and perpetual poverty. These are the realities for over 1 billion people around the globe. Lack of lighting equates to continued poverty felt around the world. In solar energy lamp it converts light energy into electrical energy, i.e. It is convenient to our daily life.

Solar energy output is limited by weather and can be less effective if it is cloudy, wet, or winter.

The use of solar energy minimizes the creation pollution indoors, where kerosene have been linked to cases of health issues. However, photovoltaic panels are made out of silicon and other toxic metals including lead that can be difficult to dispose of.

The use of solar lights improves education for students who live in households without electricity. When the nonprofit Unite-To-Light donated solar-lamps to

schools a remote region of Kwa Zulu Natal in South Africa test scores and pass rates improved by over 30%. The light gives students added time to study after dark.

A 2017 experimental study in unelectrified areas of northern Bangladesh found that the use of solar lanterns decreased total household expenditure, increased children’s home-study hours and increased school attendance. It did not however improve the children's educational achievement to any large extent.

These lights provide a convenient and cost-effective way to light streets at night without the need of AC electrical grids for pedestrians and drivers. They may have individual panels for each lamp of a system, or may have a large central solar panel and battery bank to power multiple lamps. 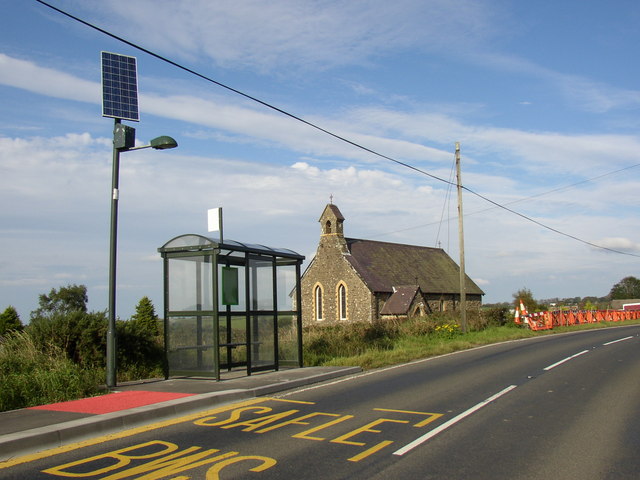 In rural India, solar lamps, commonly called solar lanterns, using either LEDs or CFLs, are being used to replace kerosene lamps, candles and other cheap alternatives of lighting. Especially in areas where electricity is otherwise difficult to access, solar lamps are very useful and it also improves the quality of life.